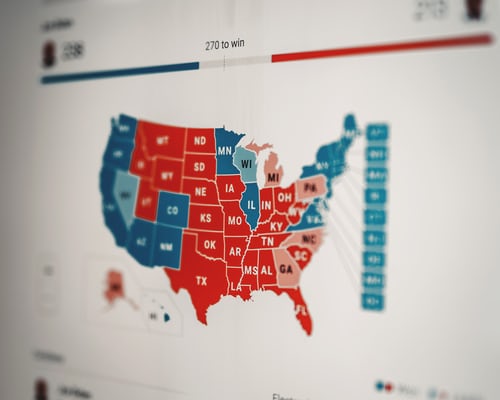 With Election Day quickly approaching, it is important that all eligible voters in the PDS community inform themselves on each candidate’s platform. In an attempt to help achieve that goal, listed below is a brief guide to where each candidate stands on key issues.

President Trump’s stance on the COVID-19 pandemic is at odds with that of public health officials in his administration, who say that the best way to combat the spread of the virus is through the wearing of masks, social distancing, and a robust testing regiment. Although Trump has said that he is “all for masks” in the past, he has often been seen without a mask in public. Further, at a rally in June, Trump said, “So I said to my people, ‘Slow the testing down, please,’” as he believes that increased testing would only make the country look bad, doing nothing to combat the spread of the virus. During his four years in office, the Trump administration has  not prioritized action against climate change, withdrawing from the Paris climate accord and reeling back regulations on oil and gas companies. Instead, Trump has repeatedly reminded voters of his protection of the oil and gas industries and the economy as a whole under his administration. A major milestone in Trump’s time in office was the 2017 tax cut, leading to a large rise in the stock market. Trump also likes to point to the strength of the labor market during his time in office, with the unemployment rate hitting a half-century low of 3.5% in 2019.

Former Vice President Biden has released a plan on his website regarding the pandemic, including the implementation of mask mandates, restoring America’s relationship with the WHO (World Health Organization), investing $25 billion into developing and distributing a vaccine, and ensuring all Americans have access to free testing. Biden has also voiced his concern regarding climate change, proposing a plan that would set aside $1.7 trillion in hopes of reaching net zero emissions by 2050. He would additionally rejoin the Paris climate accord which Trump left during his presidency. Biden’s plan for the economy entails repealing the tax cuts made during the Trump administration and implementing a nationwide $15 minimum wage to support working class families. In order to offset these changes, Biden plans to raise taxes on those within the top income bracket along with raising the corporate tax rate. On the issue of healthcare, Biden believes in building upon Obamacare by providing Americans with a public health insurance option. However, he states that those who prefer their employer-based or individual insurance should have the right to keep it. Finally, Biden has also outlined his plan for reforming the criminal justice system in light of the extreme racial tension sweeping through the United States. Among other ideas, Biden hopes to invest in public defenders’ offices, decriminalize marijuana use, and end private prisons.

The Spokesman • Copyright 2021 • FLEX WordPress Theme by SNO • Log in