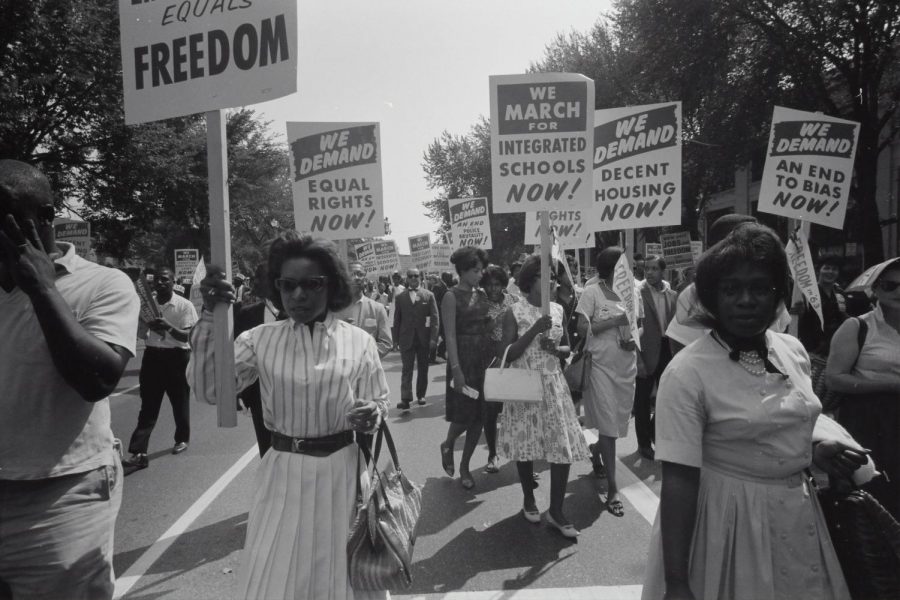 Black people are oppressed in ways that we, as allies, cannot imagine. We will likely never have to fear the cops having done nothing wrong, never be scared of our rights being taken away from incarceration for a crime we did not commit, never be told that we don’t look like we belong in a space because society only associates our race with rappers, “thugs,” and angry women. For these reasons and more, our stance at the Spokesman is that every single one of us has an obligation to make a change. Not while it’s trendy to post #BlackLivesMatter on Instagram, not only after we see a black person murdered, but until true change occurs and until every single person has as much liberty and freedom as a cisgender heterosexual white man does.

But as long as our police are overfunded enough that they can use tear gas (a chemical weapon banned from use in warfare) against their own people, equality, justice and democracy cannot exist in America. And until that money goes to our hospitals, schools, and low-income housing (all of which are severely underfunded), equality, justice, and democracy cannot exist in America. It is our responsibility to create change, and this movement represents a chance for all of us to do so. Even if you are non-black. Even if you have never fully understood the movement until now. Even if you don’t always feel comfortable standing up for what you believe.

We owe a great debt to the black community. Through their sacrifices and struggles and on the back of the Civil Rights Movement, America has moved forward in democratization in terms of providing increased freedom for POC, women, and the LGBTQ+ community.

Due to the efforts of the Civil Rights Movement, the Immigration and Nationality Act of 1965 ended the National Origins Formula which used racist quota systems to prevent Latin-Americans, Asians and Africans from immigrating to the U.S. To our fellow immigrants and children of immigrants: it is time to take a stand for the black community.

Due to the efforts of black feminists, the Women’s Rights Movement revolutionized modern society. Mary Ann Weathers advocated for the joint effort of all races of women to fight for the feminist cause. Ella Baker is known as the mother of the Civil Rights Movement. Angela Davis fought for women, the poor, and the incarcerated her entire life. Florynce Kennedy drew attention to reproductive injustice. Sojourner Truth fought for women’s rights in antebellum America. To our fellow women: it is time to take a stand for the black community.

Due to the efforts of black leaders in the LGBTQ+ fight for equal rights, the gay community has made strides like never before. James Baldwin and Audre Lorde redefined what it meant to be a gay writer. Marsha P. Johnson, Barbera Jordan, and Andrea Jenkins have shown America that gay and trans women have a place in politics and activism. Lori Lightfoot, the first openly LGBTQ+ mayor, continues to do the same. Time and time again black members of the LGBTQ+ community stood up for gay rights. The Stonewall Riots (1969), a significant turning point in the fight for gay rights, was able to make a difference because of the path black people created in their fight for civil rights. It is because of black people that clubs like Pride and GLOW are able to exist. It is because of black people that members of the PDS community have been able to come out of the closet. To our fellow queer people: it is time to take a stand for the black community.