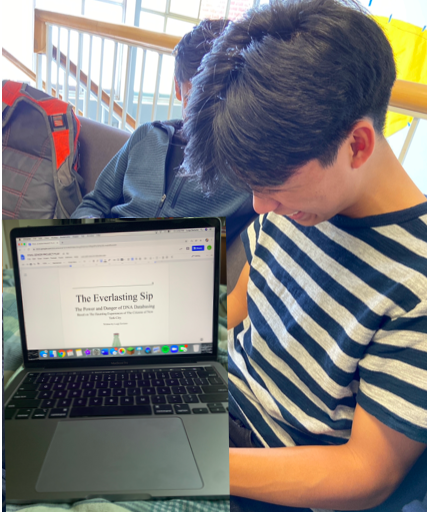 Luigi Soriano’s senior project is to write a play centered around DNA databasing. Currently, there is a large bioethical debate regarding how the government should use DNA databasing (if at all). While the database has made great strides in the area of forensics, helping police narrow down their suspects lists with much more ease, DNA is still one of the most personal things about a human being, making things like population-wide databases frowned and looked down upon. Additionally, it has been shown that these government DNA databases disproportionately include POC, casting unneeded and unfair attention on their family members and relatives, as one person’s DNA obviously has connections to the rest of their family.

“My play tracks a character of the name Al Robinson, who discovers and unravels the dangers of DNA databasing firsthand. He has frequent discussions with his biology professor about his encounters and findings about DNA databasing. And with the help from his teacher, he goes from having no understanding about it to actively fighting against it by the end of the play.”