Fantasy Football: “The Ultimate Way to Compete Without Actually Doing Anything” 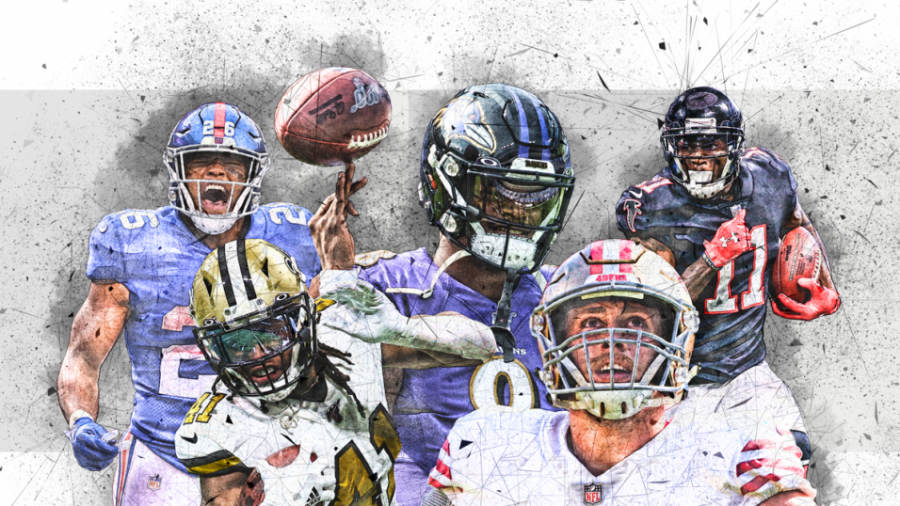 Football is not only an American sport; it also represents American patriotism and tradition. And, as America has developed, as have new and innovative ways of viewing football. Fantasy football is a competition where participants pick specific athletes from real teams and create their own leagues, receiving points if the players on their leagues play well as a way for fans to put their knowledge of football into productive and creative use.

In PDS alone, there are numerous leagues this year. In every league, the passion that the members express is genuine and heartfelt.  “Some senior boys and I have a ten person league, said senior Josh Colon. “I really enjoy fantasy football because it’s the only thing that gives me a sense of normality as it hasn’t really changed. It’s stressful and aggravating at times but still always fun.”

Not only is fantasy football a great way to become invested in games, but it also allows for collaboration with other individuals and friends. In fantasy football, there are two types of leagues: public and private. In public leagues, players can create competitions with random people from all over the world while in private leagues, players just compete with their friends. Both types of leagues require work and tactics. “I’m a part of two Fantasy Football teams, stated senior Bruno Cucchi. “You work all week to compile the team you think gives you the best chance to win, and the results can either go downhill so fast or you can get a huge touchdown on your team. It’s the ultimate way to compete without actually doing anything. But at the same time, you feel like you’re controlling it all. Awesome game.”

Still, many factors have changed this year posing challenges for leagues and individuals.  As senior Hector Capeilleres pointed out, “There were a couple differences this year. One being that often players would miss a couple weeks because they tested positive. For example, I had Cam Newton on my lineup a couple weeks ago, but I couldn’t start him because he had the coronavirus and couldn’t play. ” Capeilleres also mentions that another challenge of playing fantasy football this year is that a some games have been cancelled, moved, or postponed.

Although keeping up with games is more difficult this year, fantasy football gives

players get a chance to escape from reality and have a distraction from the times that we are living in. Especially now, connecting with others is a value that every human cherishes.