This is How Donald Trump Worsened the Coronavirus Outbreak 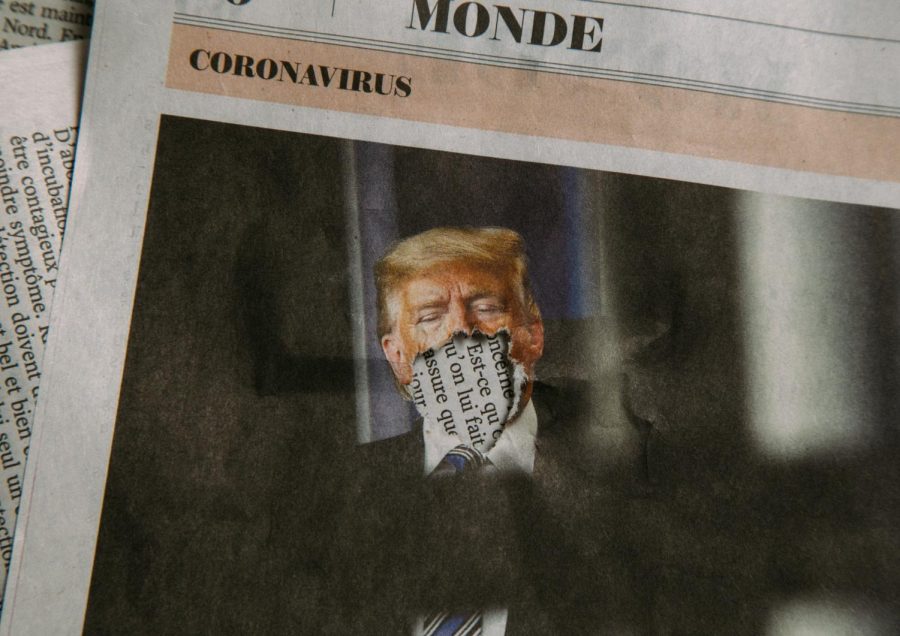 America is currently facing intense adversity and panic and, as a result, could benefit from a government that supported its people during such a difficult time. The Trump administration, however, has not at all effectively handled the situation regarding the outbreak of COVID-19, and President Donald Trump’s frequent use of the term “Chinese Virus” has only worsened the effect of the outbreak on Americans. A few weeks after news of the virus began to spread in December, Trump was warned by health officials about the severity of the disease.  Yet, on January 22, when asked whether he was worried about the virus, the president replied that he was “not at all” nervous and that, in fact, “we have it under control.” On January 31, nine days later, COVID-19 was declared a public health emergency and the Trump administration stopped all travel from China into the United States in an effort to mitigate the spread of the virus.

Throughout February, Trump continued to disregard more warnings about COVID-19 and blamed the “Democratic policy of open borders” for the spread of the virus. Trump’s failure to take action when it was necessary is perhaps the reason the United States is in the situation it is in currently. While other countries were tracking and preventing the spread by testing tens of thousands of people, the United States had administered less than 500 tests. By the end of February, the first American death caused by the Coronavirus was confirmed. While many experts insisted Americans should  self-quarantine and refrain from going to social events, members of the Trump administration–including President Trump himself–continued to show a lack of concern towards the matter. Instead of denying the problem at hand, the Trump administration should have taken action much sooner.

Trump further managed to exacerbate the situation by referring to the virus as the “Chinese Virus.” Whether it came from his own prejudice or not, the president using the term “Chinese Virus” has aggravated many Americans and people around the world.  By labeling the disease as “Chinese,” Trump puts the Asian-American community in an even worse position than they are currently in, encouraging anti-Asian sentiment. Derogatory language used when people are put in a place of fear has been damaging in the past and will continue to be. After 9/11, for example, thousands of Muslims around the world feared for their safety as a result  of the prevalent anti-Muslim sentiment being spread in the media. Trump’s careless language reflects his inability to understand how such xenophobic rhetoric negatively affects Asian Americans all across the US.