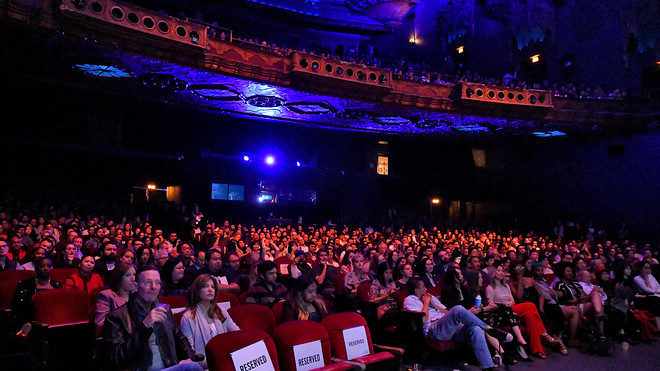 We often see Schoology posts inviting members of the PDS community to view films after school in the library. These movie viewings are held by the Cinema Club, and one of their goals is to introduce films that might not be as well known to the PDS community. Junior John Akbari, an active member of the Cinema Club, explains why he enjoys the cinema club: “I think Cinema Club is a great idea as it brings people together in the PDS community who really care about these films and everyone is very respectful when watching and everyone always has very insightful things to say when it’s over.” For now, the Cinema Club focuses more on the viewing of the films rather than the discussions because of the time strain. However, one of the faculty advisors, English teacher JessManners expressed that there are plans to alter this method in the future.

The Cinema club had viewed a wide range of films, and the club also gave a concise debrief of each film that was viewed this year. Psycho and The Usual Suspects were both well-received because of their creative twists. The club also screened films that might be difficult to understand at first, like Memento. Ms. Manners described it as “[f]ascinating, confusing, definitely worth puzzling over some more—or turning to Reddit for answers.” The cinema club also showed movies that bring tears, like their holiday special, It’s a Wonderful Life. “A classic! Of course, it’s incredibly sentimental, but sometimes you need something a little saccharine!” remarked Ms. Manners. Of course, the club could not miss the movie that won four Academy Awards this year: Parasite. Parasite attracted a wide audience and became many people’s favorite film of all time. Junior John Akbaridescribed his viewing experience, explaining, “I really enjoyed the Parasite viewing at Cinema Club as not only did I learn so much more about it rewatching it a second time, but I also found new people to experience viewing it with, and I was able to learn from them and what they saw that I might have missed when watching.”

Despite school not being in session, Cinema Club decided to continue screening films through “Netflix Party,” a great tool for the Cinema Club to bring members together and watch films. Ms. Manners also expressed that since there are no strict schedules to follow, the discussions after viewing the films can be held via Schoology.